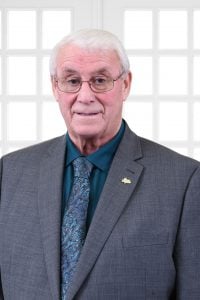 After decades of service to his community, ward two Councillor Roger Geysens is retiring from Norfolk County Council.

Geysens has represented constituents in and around Langton for nearly 30 years – first with the Township of Norfolk, then with Norfolk County.

“This council – with so many new faces around the table – has learned a great deal from Roger, who has truly seen it all in nearly 30 years of public service,” says Mayor Kristal Chopp. “It has been an honour to serve with him, and I wish him and his family all the best as he begins this well-earned retirement from public life.”

Council will formally accept Geysens’ resignation on January 19, and declare his seat vacant. It has until March 19 to approve a bylaw for a by-election or appoint an eligible elector to fill the seat.

Details regarding these options will be presented to Council on January 19.