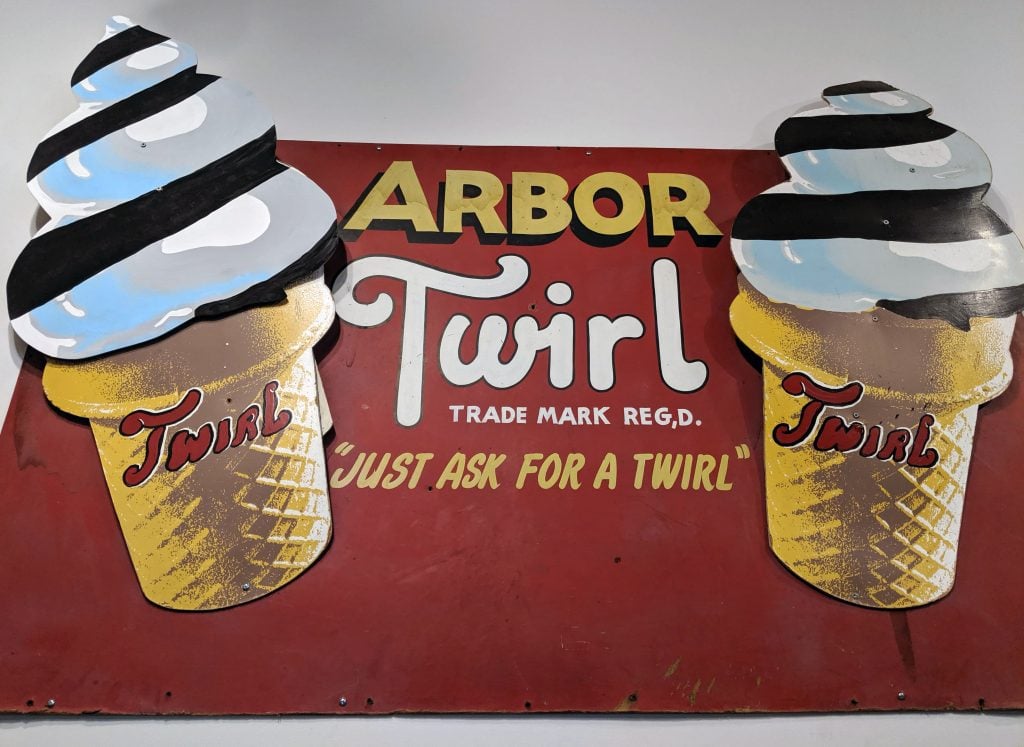 July 29 – Few Norfolk County summertime traditions are as sacred as having an Arbor Dog and Golden Glow on the shores of Lake Erie.

For an entire century, the popular Arbor Restaurant in Port Dover has been feeding hungry beachgoers on the south coast of Ontario.

To help commemorate the occasion, the Port Dover Harbour Museum has opened its newest exhibit Basking in a Golden Glow: Celebrating the 100th Season of the Arbor. The exhibit features enough vintage signs, cutlery, photos and menus to transport museum-goers to a time when a baby beef sandwich cost just 15 cents. 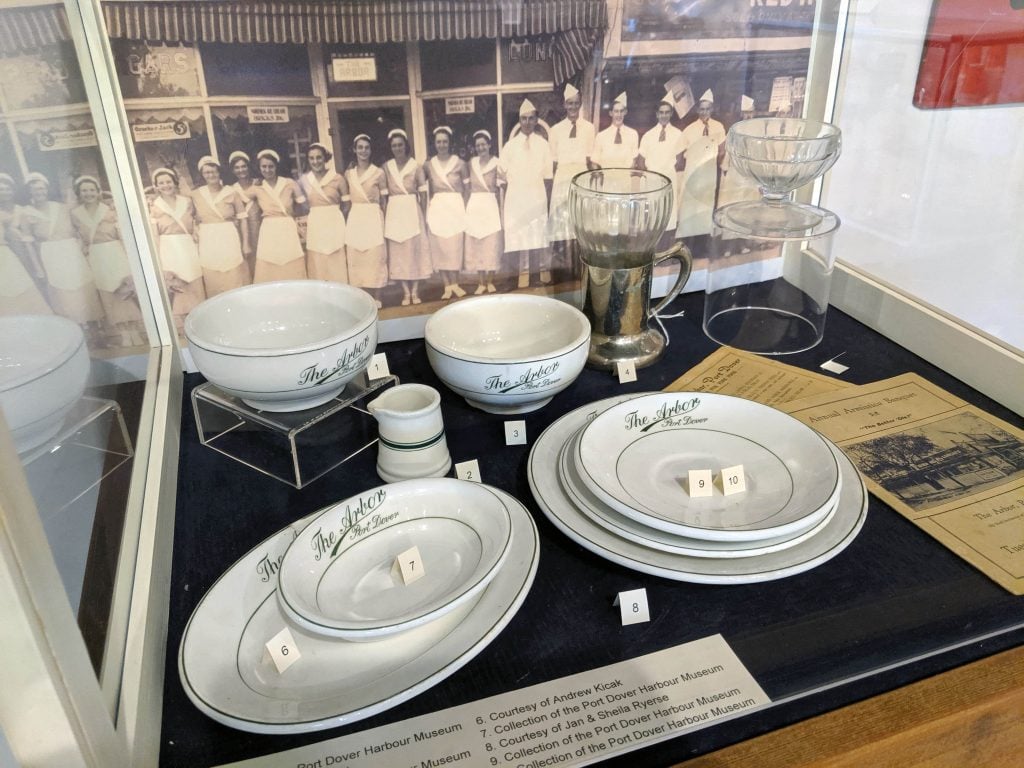 Opened by George Holden in 1912, the ‘Wigwam’ as it was originally named was built on marshland nestled at the foot of Main St. The building was stationed on wooden posts and the business changed hands four times in eight years.

The Arbor was created by Carl Ryerse serving mainly ice-cream. In 1929, Ryerse patented the Glow drink, and as a savvy business owner, didn’t share the recipe with anyone aside from his sons Vic and Vern. 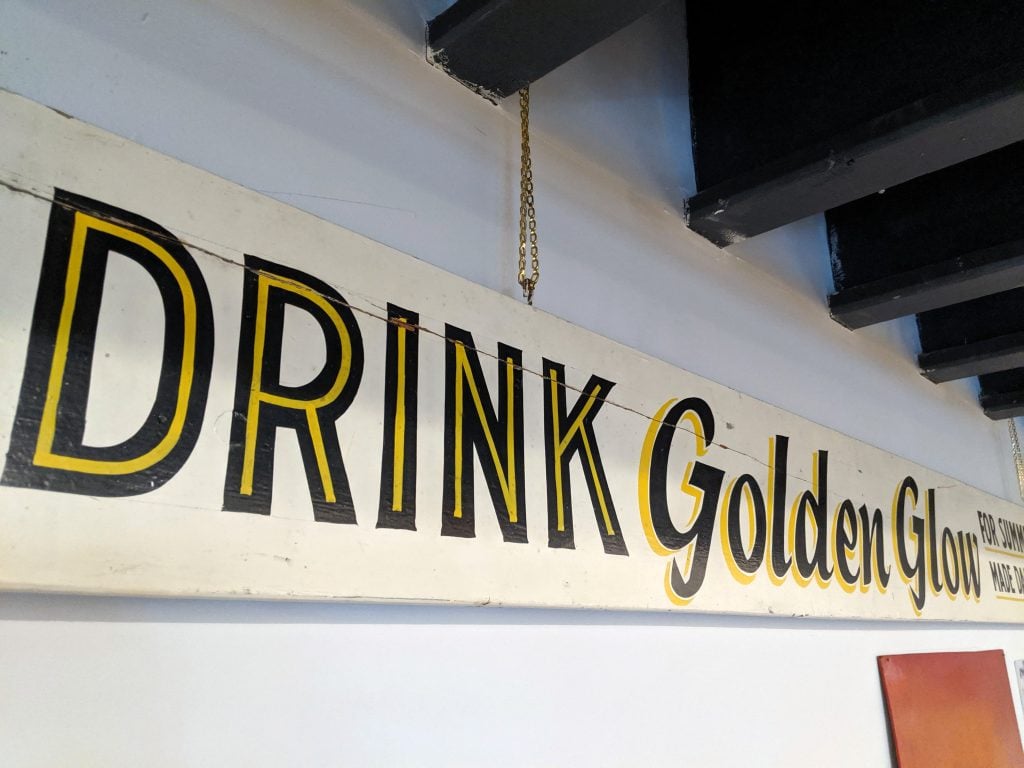 “Carl would bring me 144 oranges,” recalled staffer Betty Powell in 1939. “I would cut them and then squeeze them in a big commercial squeezer. Once squeezed, he’d take them in a private room to make the Glow.”

After the Second World War, Vic and Vern joined their father and added hot dogs, hamburgers, and fries to the menu. The restaurant was later purchased by the Schneider family who also owned the nearby Erie Beach Hotel. Tony Jr., Andrew and Pam Schneider now own the Arbor and carry on the tradition of providing beach fare enjoyed by visitors and locals alike. 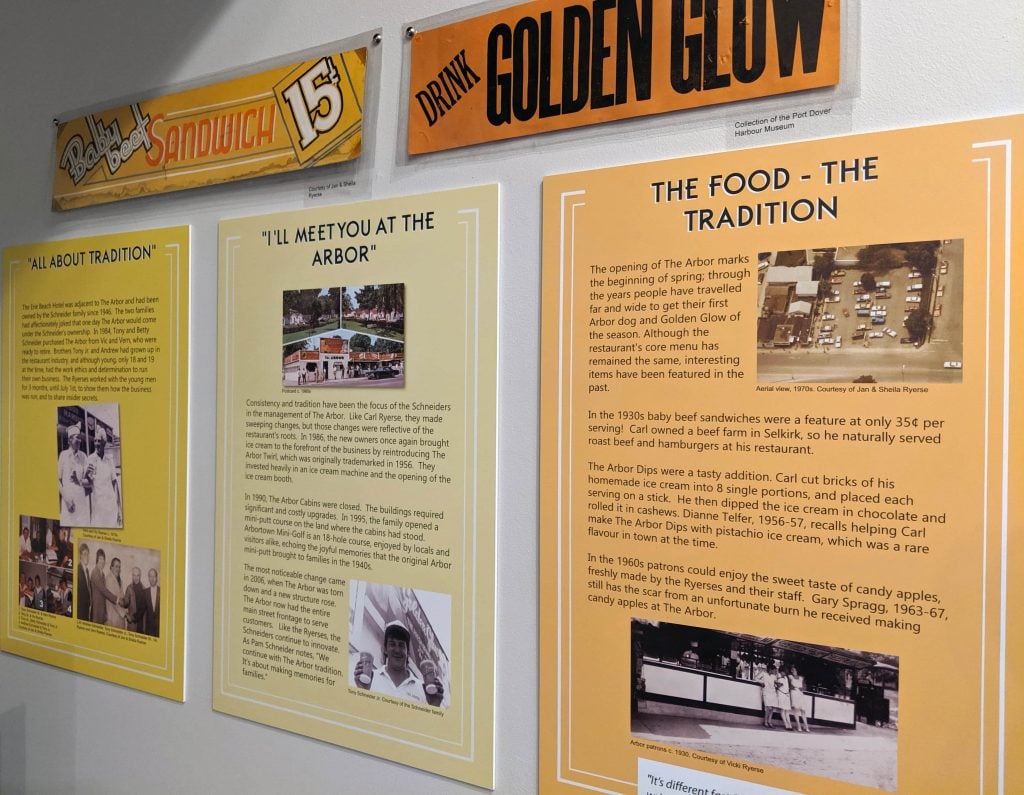 The exhibit – which runs until Dec. 20 – showcases the people and milestones that have made the Arbor a success for decades. The Port Dover Harbour Museum is located at 44 Harbour St. and is currently open daily from 10 a.m. – 4:30 p.m. After Labour Day, hours run Tuesday through Friday from 10 a.m. – 4:30 p.m. and Saturday from 12 – 4 p.m. Admission is by donation. Those interested can visit portdovermuseum.ca. 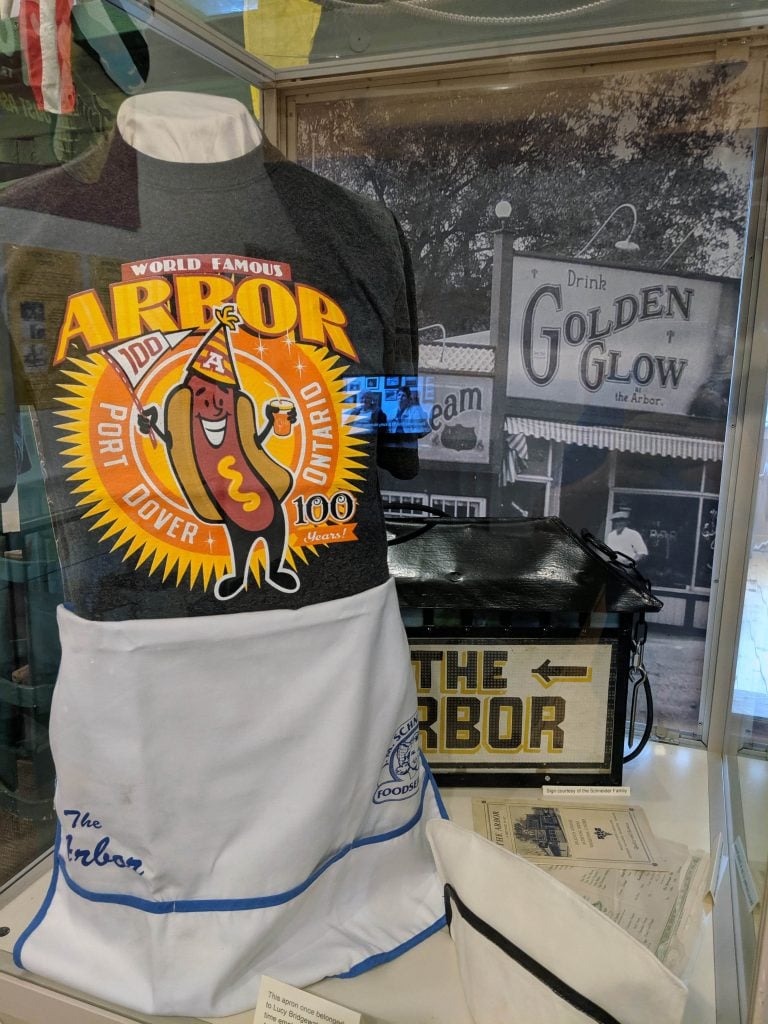