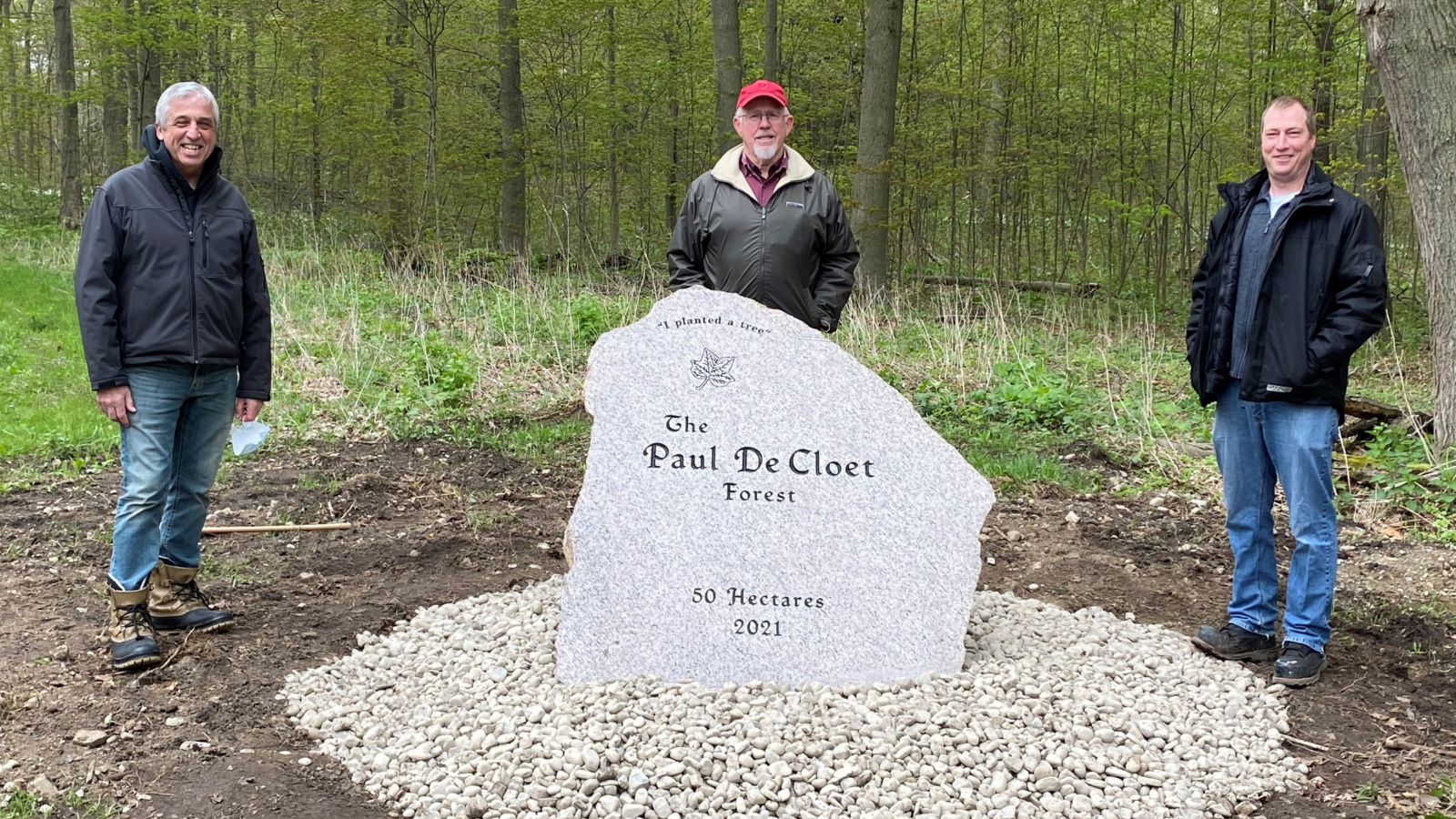 Local retired farmer Paul DeCloet is donating a 50-hectare parcel of land to Norfolk County in 2021, bringing to fruition his vision: that this sensitive area, very near to his heart, is protected in perpetuity.

There are 26 different species of trees located within the parcel, including several unique to the Carolinian Zone of Canada. Some examples are: tulip tree, sassafras, black gum, shagbark hickory, and bitternut hickory.

The area local to the Paul DeCloet Forest is host to an amazing abundance of biodiversity. The Long Point area serves as an important passage and stopover location for migratory birds and waterfowl.

Paul DeCloet was born in Aasele, a small town in Belgium, in 1943. He immigrated to Norfolk County with his parents, Omer and Maria, along with his eight siblings, in 1953.

The family prospered in the tobacco industry during the boom years. Mr. DeCloet started farming by continuing the family tobacco-growing tradition at a farm one mile west of this site, but soon diversified into Christmas trees. He also purchased several forests. This particular forest became his pride and joy.

Through an agreement with the Ministry of Natural Resources, Mr. DeCloet intensively managed the forest, removing poor quality trees resulting in the production of an abundance of high-quality timber. It also gave him the opportunity to learn about Carolinian species. Learning about and managing the trees became a labour of love.

As a member of the Ontario Forestry Association, Paul was recognized with the Tree Farmer award. He is a member of the Norfolk Woodlot Owners Association and a past trustee with Trees Ontario. Paul is also a past appointee and Long Point Region Conservation Authority and served four years as chairman from 1992-1995. As a Lions Club member, he spearheaded the group assisting with tree planting on Nature Conservancy of Canada properties.

Trees are also a hobby for Mr. DeCloet. He raises tulip trees, which he happily shares with local residents. Over his life, Mr. DeCloet has planted more than 100,000 trees on DeCloet family farms.

The donation of the Paul DeCloet Forest to Norfolk County through the Government of Canada’s Ecological Gifts Program ensures that the land’s biodiversity and environmental heritage is protected long into the future.