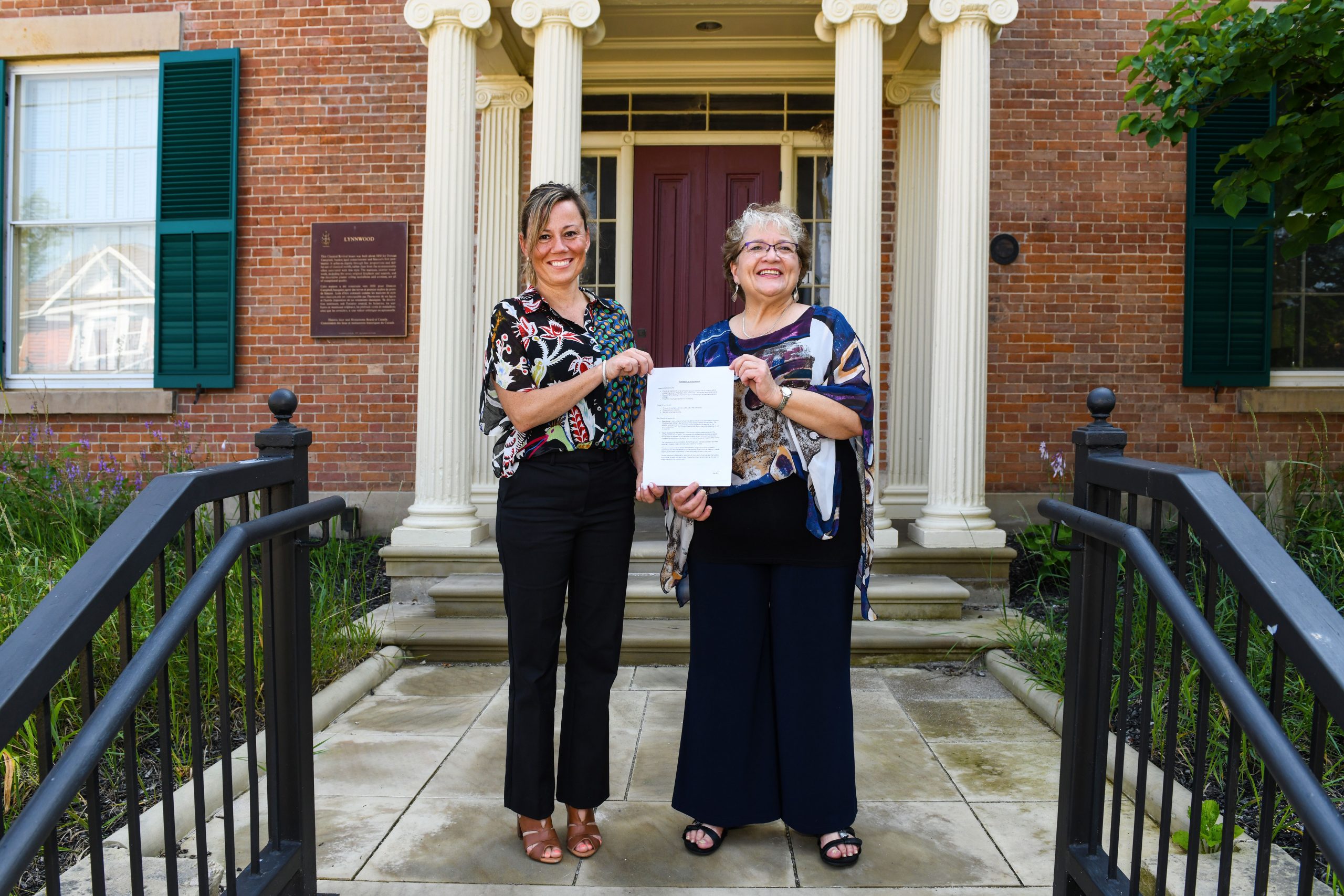 Norfolk officials and members of the Lynnwood Arts Centre board met at the historic downtown mansion Friday morning to celebrate the signing of a memorandum of understanding between the parties that will pave the way for the centre to eventually re-open.

Mayor Kristal Chopp and board chair Brendalee Engelhardt greeted each other on the front steps of the circa-1850 home.

“We are very pleased to be working with the Lynnwood board in ensuring this important community landmark and its collections can be enjoyed by residents and visitors alike,” said Chopp.

“There is a lot of work to be done, but this is an incredibly positive step in re-envisioning the centre and supporting arts and culture locally,” Chopp added.

Lynnwood got its start in the early 1970s after area residents took over the two-storey home — now a National Historic Site — restored it, and began collecting original works by up and coming Canadian artists.

By 2000, the organization was having serious financial problems, and the county was asked to take over the building and operations, which includes an art collection worth an estimated $2 million.

In 2019, the Centre was closed by the County due to significant financial challenges associated with maintaining the 170-year-old building and its collections. In an effort to find financial efficiencies and preserve the heritage and historical significance of the Lynnwood site, the Centre’s operations are reverting back to the original Lynnwood Board with financial help from town hall.

“We can’t thank Norfolk council and staff enough for their support,” said Engelhardt. “Together we can bring the centre back to life and provide a creative space for the community. We look forward to partnering with them.”

Board members, she said, continue to work behind the scenes with community input to come up with fundraising plans and ideas for programming.

Under the new agreement, Norfolk will retain ownership of the facility and provide the Lynnwood board an annual operating grant of up to $50,000 for 2021 while covering most of the costs of operating the building.

The exquisite Neoclassical residence was built circa 1850 for Duncan Campbell (1802-1882), a Scottish merchant who settled in Simcoe and went on to become the town’s first postmaster. Since the 1970s, the Centre has been known as a hub for visual, literary and musical arts and has hosted countless workshops, guest speakers and exhibitions. 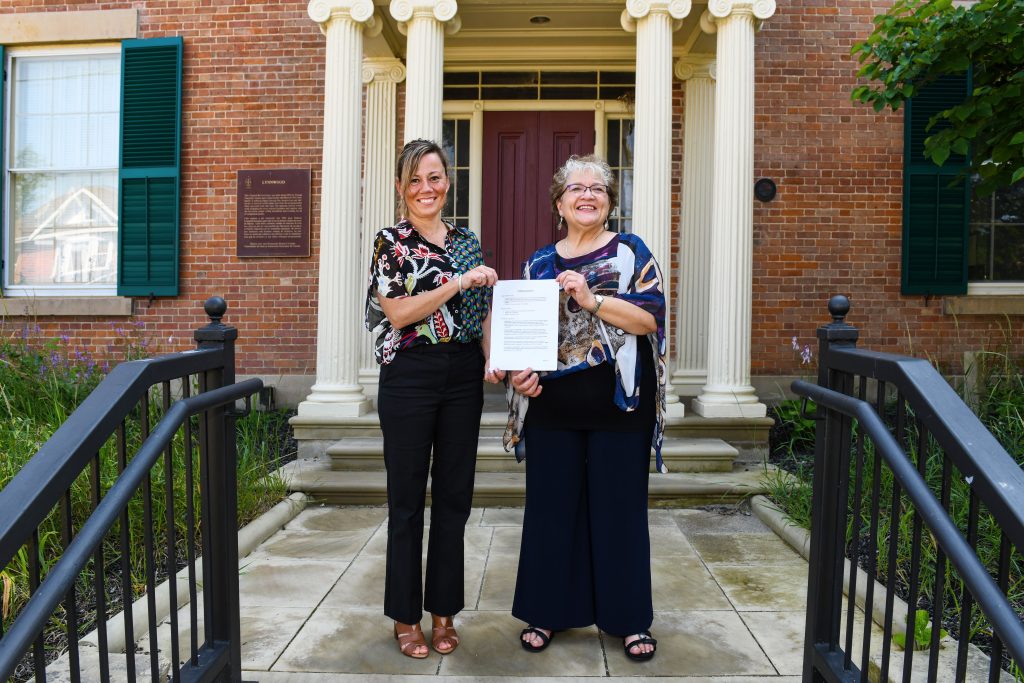