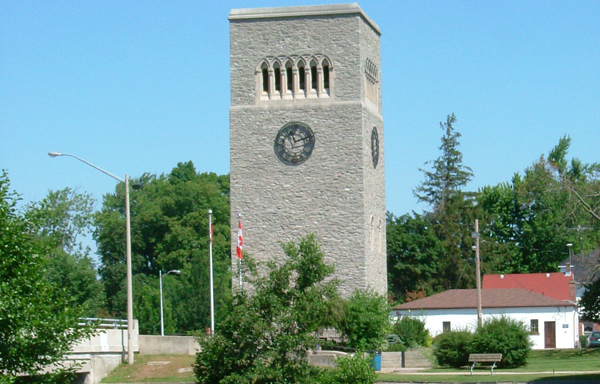 November 9, 2020
Share
SIMCOE, ON —Norfolk County will host a virtual sunset service to mark Remembrance Day this week.
Starting at 6:30 p.m. on November 11, the Norfolk War Memorial (Carillon Tower) in Simcoe will be illuminated with the names, ages and pictures of the 406 people from Norfolk County who lost their lives in the First World War, Second World War and war in Afghanistan.
The service will be available on both the Heritage and Culture Facebook and YouTube pages.
This year’s service will be the first to be broadcast online. The names of those lost in the First World War were projected onto the tower in 2018, to commemorate the hundredth anniversary of the war’s end.