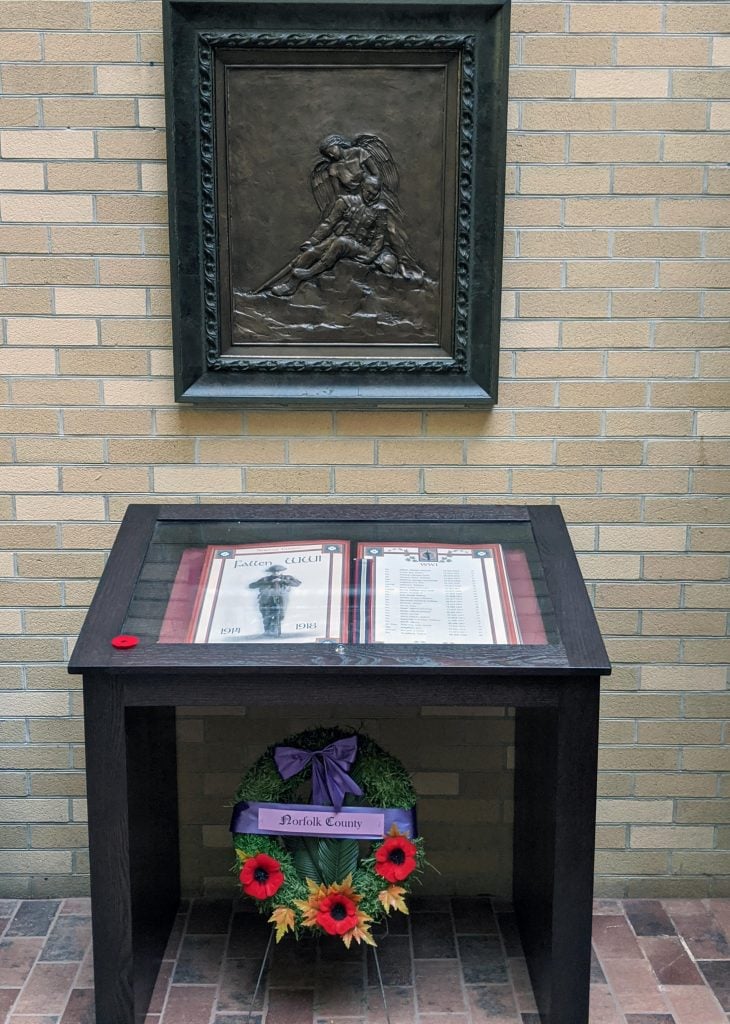 They’re two of over 300 residents of Norfolk County who were lost fighting for freedom.

As part of Norfolk County’s Heritage and Culture’s mission to pay homage to the county’s fallen soldiers, an online Book of Remembrance has been created. The page shares details of a book project from the same name created by the Norfolk County War Memorial Committee – a 26-page product filled with images, documents, and calligraphy that is housed at the County Administration Building in Simcoe.

The site provides the name, rank, and date of death of each Norfolk soldier who perished in WWI (194), WWII (139) and Afghanistan (1).

“We’re very proud to bring the efforts of these soldiers online,” said Melissa Collver, Norfolk County’s Director of Heritage and Culture. “The sacrifices they made for Norfolk County and future generations of Canada must never be forgotten.” 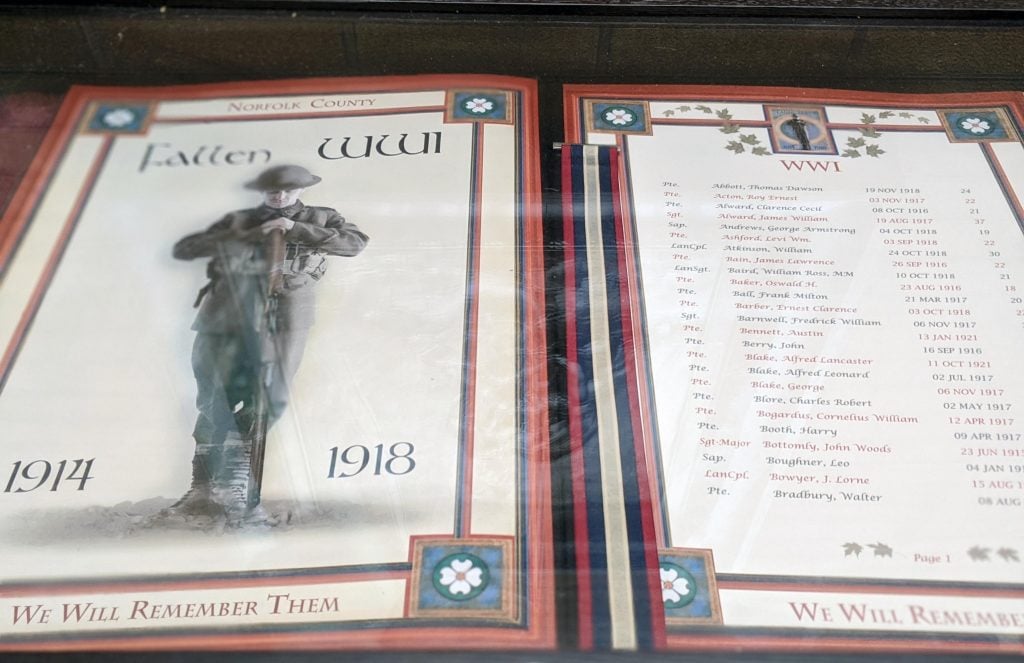 This page is just the latest in a group of projects taken on by Norfolk residents to honour the fallen. The Norfolk Remembers Committee has put together six books featuring these brave fighters, all of which are available at the Norfolk County Public Library to purchase or borrow.

“To this day, mentions of Dieppe, Italy, and the beaches of Normandy, along with the later battlegrounds of the Gulf, Bosnia, and Afghanistan, invoke an immense sense of indebtedness to those who serve and those who have given all,” James Christison, member of the committee wrote in the Book of Remembrance forward. “For this reason, the Book of Remembrance will stand as a constant reminder to the citizens of Norfolk County – each name represents a person that was and a message to us of their sacrifice. May we always remember them.”

The online Book of Remembrance can be found at norfolkculture.ca.