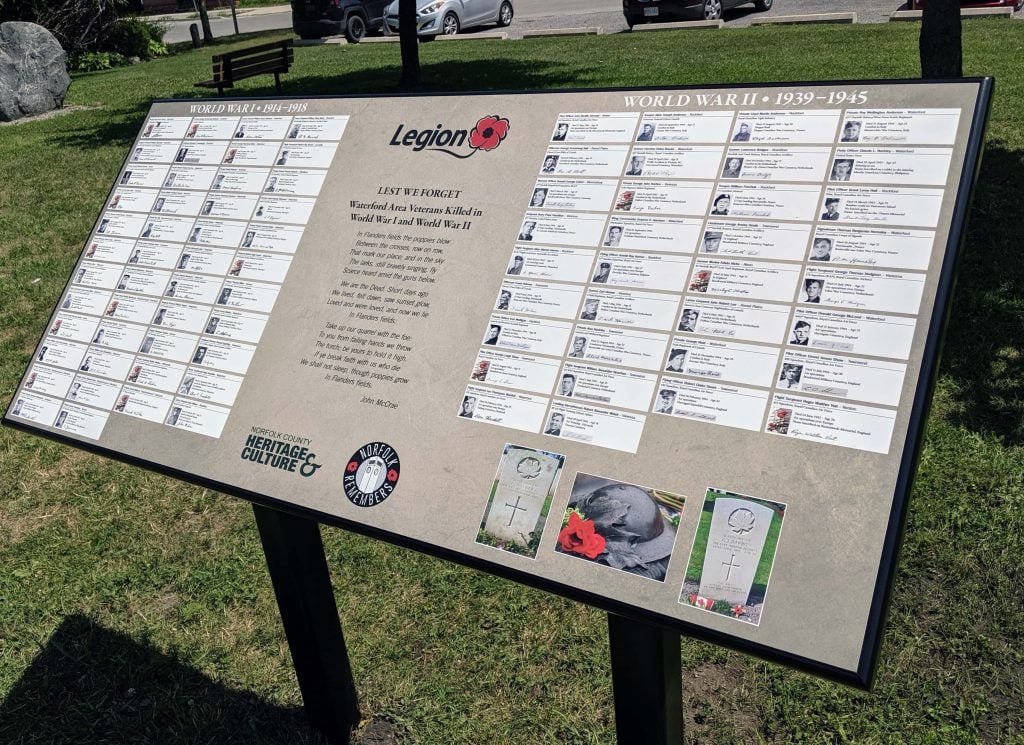 July 24 – The Waterford Heritage and Agricultural Museum, Waterford Legion and Norfolk Remembers Committee have teamed up to honour local soldiers killed in both World Wars.

A plaque featuring each Waterford and area soldier killed on the battlefield will be unveiled to the public on July 27.

The plaque will be placed in the park along Alice Street, close to Heritage Trail – a visual reminder of the sacrifices made by many members of the community – and includes a picture of each soldier, their signature and specific details about where they lived. 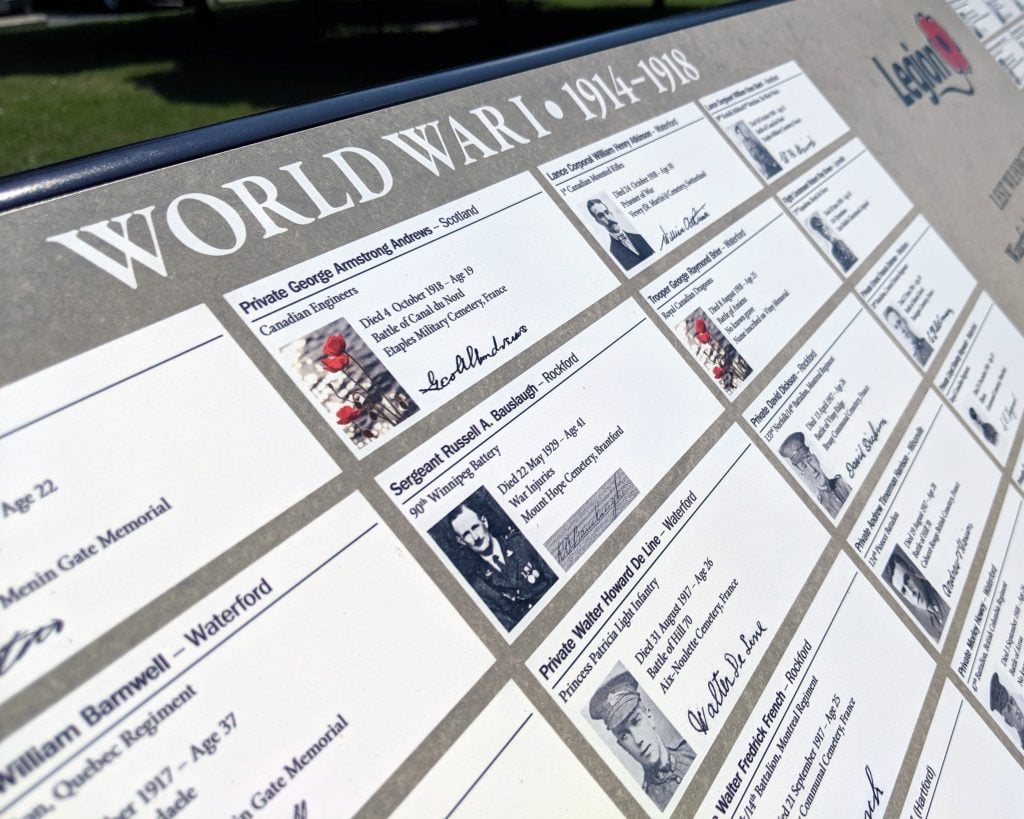 The project is similar to a monument unveiling in Delhi in 2017. Members of the Royal Canadian Legion Branch 123 covered the cost of the entire project. All three groups worked closely for the last five months securing information, going over the design and organizing the dedication ceremony.

The plaque lists the 46 soldiers killed in WWI and 34 killed in WWII. Included in the group is Waterford’s Lt. Nursing Sister Alice L. Trusdale, the county’s only female war causality. Information was compiled by historian/author Grant Smith of the Norfolk Remembers Committee with supporting material provided by the Waterford Legion and WHAM. 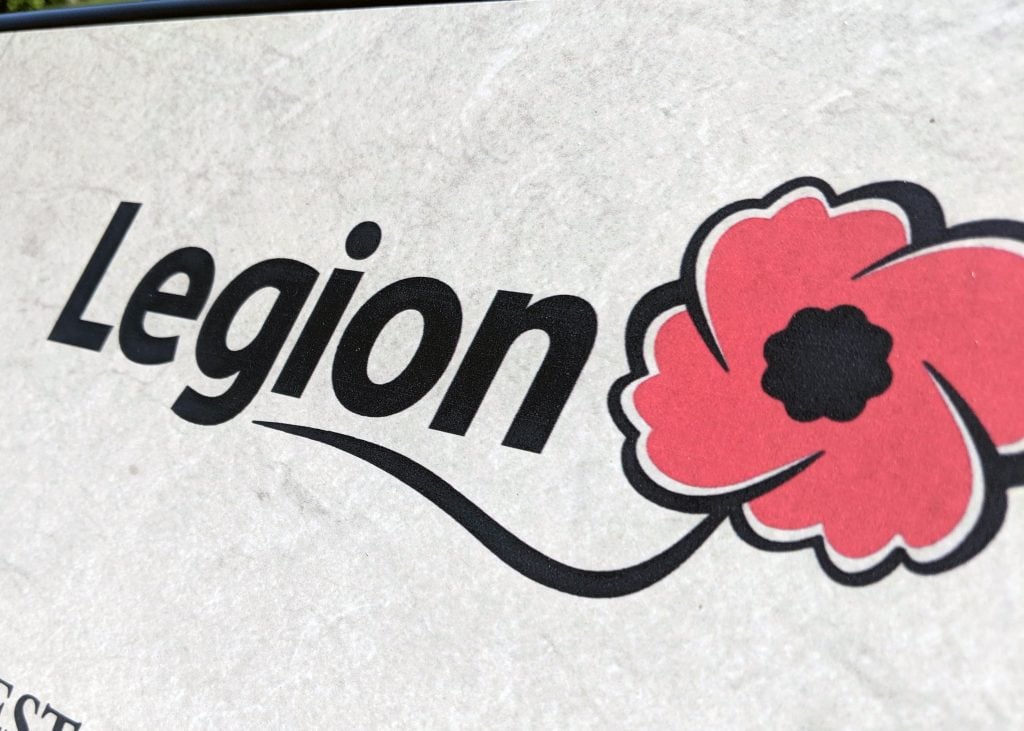 Under the direction of Legion Br.123, the ceremony will begin at 2 p.m. Waterford dignitaries will speak before a memorial wreath-laying. After the gathering, a time of fellowship and refreshments will be held at the Waterford Legion. All are invited to attend.

For more about the Norfolk Remembers committee, visit norfolkremembers.ca. The Waterford Legion’s site is waterfordlegion.ca and more on the WHAM can be found at http://waterfordmuseum.ca/. 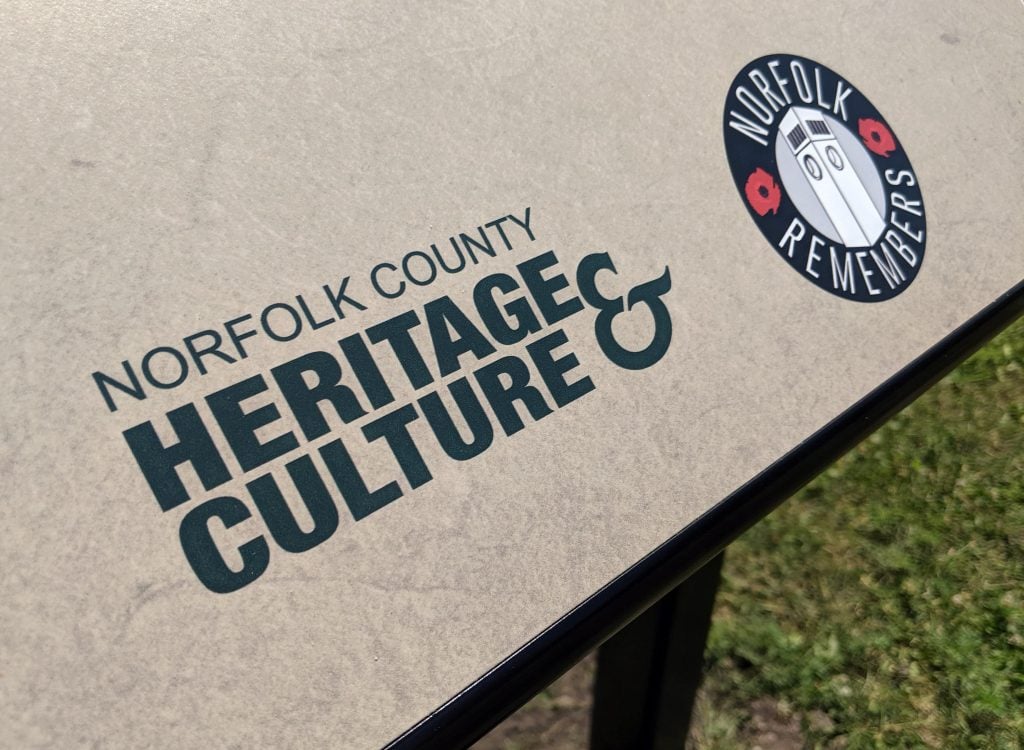