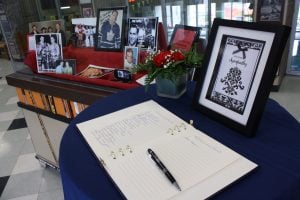 Kelly spent his childhood honing his craft on the ponds of Norfolk. He went on to become one of the best to ever lace on a pair of skates. Off the ice, Kelly was a popular Member of Parliament for Toronto riding York-West and beloved by his many family members, friends, fans and teammates.

In honour of the former Detroit Red Wings defenseman and Toronto Maple Leafs forward, a book of condolence has been set up at the Annaleise Carr Aquatic Centre in Simcoe courtesy the Norfolk County Sports Hall of Recognition. A number of pictures and items featuring Kelly have also been put on display. 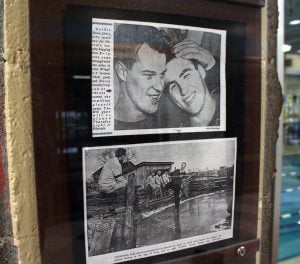 The book will be delivered to Toronto to be part of Kelly’s funeral ceremony on May 10.

“Red Kelly was a great ambassador to the game of hockey and a true gentleman to anyone who had the privilege to have met him,” said Sports Hall chair Mark Boerkamp. “He meant a lot to us here in Norfolk County and we were so lucky to be connected to this legend. He always made time to come down and support us.” 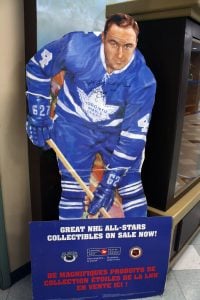 The flags at Governor Simcoe Square were lowered to half-mast in remembrance of Kelly.

“Mr. Kelly was best known for what he did on the ice, but he was much more than a Stanley Cup Champion and Hockey Hall of Famer,” said Norfolk County’s Deputy Mayor Amy Martin. “He was a devoted husband, father and grandfather, a community leader, and a terrific ambassador for all of Norfolk County. He was a true gentleman who did everything with honour. I think I speak for everyone in Norfolk when I say he will be sorely missed.” 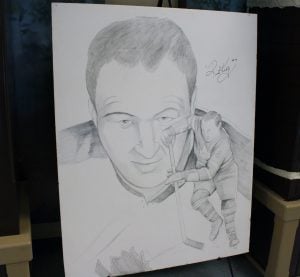 The Annaleise Carr Aquatic Centre is located at 182 South Drive.